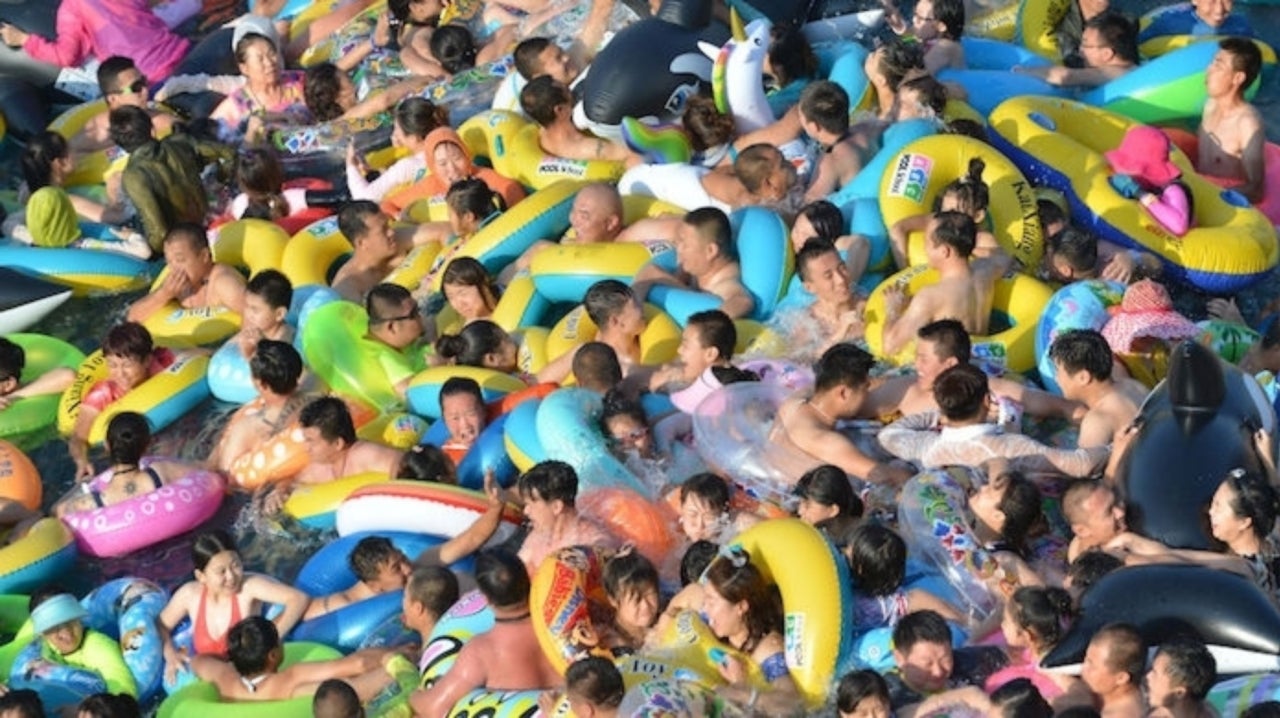 When the incident was first reported the water park stated “It was caused by a mechanical fault. Only around 10 people were injured.” However that number was quickly raised to 44 from officials reporting the injured going to local hospitals by Ebaums World

Waves in pools are created by utilizing large fans or blowers to push air into the water and generate larger and larger waves depending on the amount of air used. When these waves are too large it can injure people as they are moved too quickly by the waves resulting in a variety of injuries and even death.

There were also rumors spreading around that the mechanic in charge of the wave generator was under the influence of something but local government officials quickly shot down that story with the following statement. “a power cut that damaged electronic equipment in the tsunami pool control room, which led to the waves in the tsunami pool becoming too big and injuring people,” from the South China Morning Postreports.

While these incidents are very rare when they do happen they tend to cause massive amounts of injuries. This is due to the power of the waves moving people and turning them into projectiles that can injure others or themselves.

“Online rumors say that a worker wrongly operated the controls, but in reality, it was a problem with the equipment,” an employee was quoted saying.

“The park closed for a day for repairs, but the investigation is over and the park will open as usual tomorrow.”